Good faith should govern out-of-court settlements. It is very common for many of our clients to want to file a lawsuit without prior negotiation. This seems reasonable a priori, since contractual relations do not always end in a proper manner. However, a good lawyer will always advise his clients to negotiate beforehand. And not only prior to the initiation of legal proceedings, but will do so at any time during the proceedings.

It must be assumed that all legal disputes are usually long and costly. That there is no case so clear that it can be said in advance that it is won or lost. And that, in any case, an amicable solution will reduce the uncertainty caused by the course of an entire procedure. Uncertainty that will last at least a year. And it also avoids all the formalities that this implies, such as, for example, having to go to the Chamber to make a statement.

As we have said, it is very common for lawsuits to be filed without any negotiation or agreement. However, what is also likely is that the parties will want to compromise later, that is, once the process has begun. In such cases, some may wonder whether the legal process should be abandoned in order to sign an amicable agreement. Others will fear the consequences if one of the parties fails to comply with the agreement. In short, they will ask themselves, what can I do if I give up the legal proceedings by out-of-court settlement and the other party fails to comply?

Given the importance of negotiations in the judicial phase, we will look at how this can be done. Likewise, what requirements operate and how to enforce agreements in the event that one of the parties does not comply with them.

The embargo is the judicial act by means of which, the debtor's assets and rights are used for the payment of the credit

We must assume that out-of-court settlements are neither equal nor formalised in all phases and procedures. We will begin, as our Civil Procedure Law (CPL) tells us in its article 19:

“Article 19. The litigants’ right of disposition. Settlement and stay.

Please note that the Law does not provide for a generic procedure for the judicial body to sanction any agreement. Rather, they may be sanctioned “according to their nature”, which leads us to make the following distinctions:

In the case of an out-of-court settlement, the dispute´s parties must settle out of court. Afterwards, assisted by their due legal representatives, they will file a brief to the Court requesting the stay of the procedure. Such stay may not exceed 60 days, in the case of the small claims proceedings. And, for the enforcement proceedings, the period of stay may be freely agreed upon by the parties.

The Court will only agree to suspend the procedure and not to sanction the agreement. This is so because in the case of small claims proceedings, we are dealing with a special process with its specific regulation. This regulation does not contemplate the sanction of any agreement, unlike what happens in declaratory proceedings.

With regard to enforcement proceedings, the parties may also reach an agreement. But as in the case of the small claims proceedings, only the stay of the enforcement will proceed, not the sanction of the agreement. An application for the release of the attachments that have been blocked during the period of suspension is also admissible. The impossibility of sanction derives from the illogicality of issuing a second court decision that can be enforced. There is no legal precept that authorises the annulment of the content of an enforcement order by the issuance of a second enforcement order.

In both oral and ordinary proceedings, agreements may be sanction at any stage of the procedure. Therefore, it does not matter whether the trial is pending or only the sentence is being contested.

In the first place, the parties, through their representation, must present the agreement in court in order to have it sanctioned. The judge must verify that the requirements of legal capacity and power of disposal of the parties or their duly accredited representatives are met. Once this has been done, the judge will proceed to issue an order sanctioning the transaction.

The origin of the sanctions in the declaratory ones is reflected in articles 414 CPL and 443 CPL. The first, for the ordinary hearing, considering that one of the purposes of the pre-hearing is to reach an agreement. The second, for the verbal ones, operates exactly the same except that in these cases, it will be done, at the beginning of the hearing.

What happens after the agreements are fulfilled? What if there is a breach?

As in the case of their formalization, it operates differently depending on the procedure in which we find ourselves.

Compliance with the agreement

(i) In the case of small claims and enforcement proceedings, where the process is suspended, the court must be informed.

In the small claims proceedings, through the presentation of a statement requesting the file for ex-post facto lack of cause or agreement reached:

“Article 22. Termination of the proceedings due to out-of-court settlement or ex-post facto lack of cause. Special case rendering eviction ineffective

In the enforcement proceedings, it must also be communicated to the Court by the presentation of a statement, alleging the satisfaction of the executor:

Article 570 End of the enforcement

Compulsory enforcement shall end only with the complete satisfaction of the enforcing creditor, which shall be agreed by decree of the clerk of the court, against whom direct recourse to review may be made.

(ii) In declaratory proceedings, no briefs need to be filed with the Court. Please note that the Order sanctioning the agreement itself terminates and closes the proceedings.

Failure to comply with the agreement

(i) In the case of small claims and enforcement proceedings, where only a stay of proceedings can be ordered, the resumption of the proceedings must be requested. This may be done without prejudice to the fact that the requested period of stay has not expired. This brings us to Article 179.2 CPL:

(ii) In the case of declaratory proceedings, it is totally different, since the procedure was filed by the same court order that sanctioned the agreement. And this Order is an enforceable title that must follow the same procedures foreseen for the enforcement of judgements. This leads us, in case of breach of the agreement, to urge its enforcement by way of the 517.2.3º CPL:

3º. The judicial resolutions that approve or sanction court settlements and agreements reached in the process, accompanied, if necessary for proof of their specific content, by the corresponding records of the proceedings. (…)”

If you have liked this article, you can consult another one that could be of your interest, clicking on the following link: 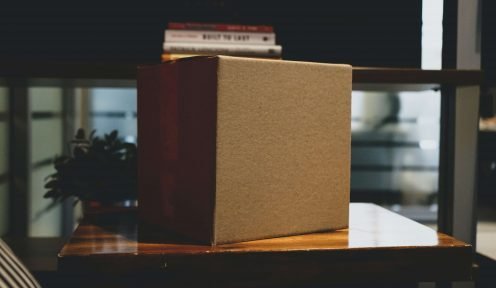