“Rebus sic stantibus” and “Pacta sunt servanda” are two Latin aphorisms that are very present in today’s legal world. The prior one is translated as “things thus standing.” Legally, it implies that the stipulations of the contracts can be modified in the event of substantial alterations to the conditions and circumstances under which they were first agreed upon. And the later one, being a Brocard, meaning “agreements must be kept.” This lexicon implies that the agreements, even when conditions have changed, must be fulfilled.

The still palpable economic crisis that began at the end of 2007 had helped recovering the rebus doctrine, which was previously marginalized. The crisis has caused both companies and individuals suffering serious difficulties to meet their obligations. Hence, modifying the circumstances that initially motivated the contracts caused serious asymmetries between the rights and obligations of the parties. And this has led to the evaluation of the economic crisis by precedents, as a relevant factor when analyzing contracts. And to make the application of the rebus sic stantibus clause more flexible when this has caused an imbalance between the parties.

The uniqueness of this rule is clear. It implies a modification of the obligations initially assumed by the parties. In plain words, an alteration of the sacred principle of “pacta sunt servanda”.

However, the application of this clause is neither generalized nor automatic. It requires the examination of the real incidence and the facts that are presented from the contractual relationship in question.

The “rebus” was recovered by cases from the Supreme Court after the Spanish Civil War, following its subsequent economic crisis. The supreme court decisions of May 17, 1957 and June 6, 1959 are the first to define their legal scopes and requirements. These sentences define that this concept is not legally recognized. It could be admitted by courts in view of the process of which the doctrine was developed and the relative fairness that this doctrine observes. It is a dangerous clause; hence, it must be admitted with caution.

The doctrinal requirements to apply the “rebus sic stantibus” rule

The requirements for its application are fully reflected in the supreme court decisions of April 19, 1985, May 9, 1983 and June 27, 1984. They are summarized in the following five terms, among some of which were already contained by the two sentences from the 50s (the first three from 1957 and the fourth in the 1959):

Case laws admit the “rebus” doctrine when it’s applied to contracts of successive and single performance of certain act, but with deferred compliance. For example, a futures sell contract with a deferred price, or a call option. And precedents indicate that its application is restrictive, and even more exceptional, in the contracts that requires a single performance.

Application of rebus doctrine with the crisis of 2008

When the crisis of the end of 2007 started is when, as we say, the “rebus” resurfaced. But it did well before the crisis already, dismissing that reasoning. Here, citing the Supreme Court Judgment of April 27, 2012, in reference to the crisis:

(…) The economic transformation of a country, produced, among other reasons, by this future, cannot serve as a basis for compliance with the requirements required by precedents to reach the existence of a disproportionate imbalance between benefits, based on unforeseeable circumstances, because the referred circumstances cannot have such qualification (…)

But in the end, the reality of the crisis, made that this point of view flexible. The Supreme Court ruling of Jan 17 and Jan 18, 2013, are considered as a turning point for the application of the rebus clause. This is despite the fact that neither of them resolved in favor of the debtor, from whom the contracts originate the litigation. However, they both mentioned the economic recession and its case in the indicted contractual relationship.

For its part, the Supreme Court ruling of January 17, 2013, did not consider the financial crisis sufficient, but the third legal argument states:

The Ruling of January 18, 2013, assessed the appeal and terminated the contract, but due to failure of delivery. In any case, indicated by the Supreme Court with respect to the rebus sic stantibus clause: Third ruling reasoning also states:

In both judgments, the Supreme Court applied the rebus doctrine, in cases of economic crisis, being the injured, who were entrepreneurs. Both cases are understood by the Court in a way that the required points of unpredictability of the risk were met.

In the case of Ruling 333/2014, of June 30, the Superior Court in the third ruling document indicated. The context of this ruling was the contracting of advertising on public buses and variation of prices resulting from the crisis:

(…) even though the successful bidder is a company of relevance to the sector and, therefore, aware of the business risk involved in the operation of the business, however, nothing could be predicted in 2006, the time of contracting, neither the risk nor the magnitude of the devastating economic crisis that took place two years later. In this context it is understood that at the time of contracting, growth expectations were clear, and the participation of the bidding company in the expected increase in turnover in the future was taken into account, in accordance with the business practices of the sector. Successive, but not the opposite situation or its possible modification, case that did occur, strikingly, when the same company, already in the crisis situation of the sector, and detached from the previous contract, adapts its new tender offer to the reality of the new economic context (…)

This resolution, is confirmed by the Supreme Court, in the sentence 591/2014 of October 15, which indicates (Here, two companies, in 1999, enter into a lease of a building, with building yet to be built, which was to be allocated for a hotel):

In both cases, the Court referred to the reasonableness of the lack of foresight at the time of conclusion of the contract. And it referred to the unpredictability and crudity of the crisis.

But after those two sentences, the Supreme Court had denied the application of rebus doctrine in several subsequent judgments. We highlight three judgments here, of December 11, 2014, 742/2014, and two of December 19, 2014, SSTS 741/2014 and 743/2014. These three cases concern the resolution for the sale of homes due to the seller’s breaching of contract by the delay in the intended delivery. The reason was funding difficulties to complete the work because of the crisis. And in all three, it is stated that the lack of funding cannot be considered unpredictable.

Specifically, the Ruling 743/2014 notes, this same criterion which marks the three:

Third ruling argument: (…) The developer sets the deadline for delivery of the houses, who is a construction professional and should know the difficulties of this activity and, therefore, has to anticipate the circumstances and assure that they will meet their commitments, i.e. setting a delivery time much longer in time, although it will lose some potential customer.

The risk of finishing the works within the term established in the contract is assumed entirely by the seller as part of their business risk and, consequently, cannot be transferred to the buyer (…)

And it continues in the fourth argument:

(…) The economic difficulties linked to the payment for the obtaining of works licenses, is not an unpredictable fact, since it would have to have granted the financing for it before creating expectations and deadlines in the contracts concluded with interested buyers (…)

In conclusion, the unpredictability requirement determines how far the normal risk of the contract reaches. Assessing such normal risk factors is crucial and key to the determination of the rebus clause. And according to Martínez Velencoso, predictability must be assessed in relation to the type of contract that is in question. As well as with the amount of information to which the contracting parties have access.

How will the “rebus sic stantibus” clause evolve?

We’d want to think that court judgements will follow the practical application of the rebus clause. As we have seen, rebus consolidates in Supreme Court rulings. Those already mentioned of January 17 and 18, 2013, June 30 and October 15, 2014. But they do not imply a generalized application of this concept in cases of economic crisis. And we refer now to the Supreme Court ruling of December 11, 2014, 742/2014, and rulings 741/2014 and 743/2014 of December 19. Therefore, precedents require an application of the clause on a case by case basis, observing much prudence and moderation.

The Supreme Court is considering that the economic crisis, by itself, is not valid for exemption for application of the rebus. Thus, the exemption from obligations can only be applicable when the crisis changes the circumstances clearly, as well as when the crisis is causing an extraordinary and unpredictable event. In short, as were the consequences of the civil war, when this doctrine was activated in the Supreme Court’s Case Law.

In conclusion, although the economic crisis has altered the social context, the principle “pacta sunt servanda” is still valid. The debtors are still obliged to fulfill their contractual obligations and, definitively, the rebus doctrine continues to release the parties from obligations. This criterion guards the social peace that balances of the current society. We will see, perhaps, how rebus evolves with the development of the crisis that we still live under the effect of. And perhaps, one day the crisis would have no residual effect on us and we are thus prepared for the arrival of another crisis. 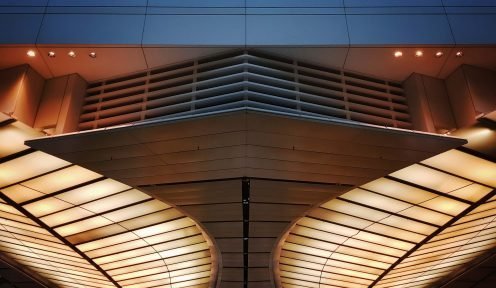 Penalty clause and its moderation in Courts