Is the initiation of enforcement appealable arguing payment of the debt, even if the payment was made after the deadline? The answer is yes, in these situations, an optional administrative reconsideration appeal by extinction of the debt is possible. And in this same appeal, the enforcement’s suspension can be requested.

However, the administration can dismiss the appeal stating that the request was not fulfilled within due term. And consequently, not resolving about the request for enforcement’s suspension. Is this an infringement of individuals’ fundamental rights? We are going to resolve it in the present article.

The Supreme Court has ruled that the continuation of the enforcement without a decision on suspension violates individuals’ fundamental rights. For example, in its 29 April 2005, 16 March 2006 and 4 June 2010 sentences.

These sentences state that the tax authorities may not enforce contested liquidations when suspension has been requested. Because doing so if the suspension’s request has not been resolved, entails a violation of Articles 9, 24.1 and 106.1 of the Constitution. It also breaches legal security, the prohibition of defenselessness and the duty of submission of administrative activity to legal control.

The Constitutional Court has ruled along in the same line as the Supreme Court as in its sentence No.78/1996 20-May-1996. This Sentence rules that the immediate execution of an administrative act is relevant from the Article 24.1CE’s perspective. That if execution is immediately carried out, the interests protected by that article could disappear. And even prejudge the final decision causing a defenselessness to the claimant.

It states that the right to judicial protection is extended to claims for suspension of the execution of administrative acts. And that if suspension of the process was requested, it must be specifically reviewed and resolved.

The Constitutional Court also stated that rules preventing the execution’s suspension of administrative acts, must be declared unconstitutional. (Sentence 66/84).

It is clarifying the National High Court’s sentence of 12/11/12 that follows the same rulings of the Courts mentioned above. But also adding that even if the required guarantee has not been provided, the execution must be suspended until its express resolution.

It is therefore a unanimous position by all Court orders that the administration cannot execute an appealed act. An appealed act against which a suspension has been requested and not resolved. 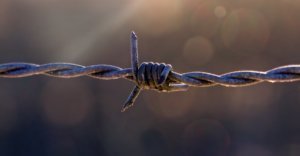 Liability of a Debtor (in Spanish Law)

Under the previously descripted situations, the SC has also declared that the decision to proceed with execution will be void. That all the effectiveness of the precipitate administrative action is erased and individuals can ask for damages and responsibilities.

In this sense we can highlight Supreme Court’s sentence of 28 April 2014 (rec.4900/2011). It makes clear the consequence of agreements for the execution of an act whose provisional suspension has been interested and not resolved. And that consequence is none other than nullity, since is a flawed administrative act.

As a conclusion of all previously said we have:

Impossible Enforcement of a Court Decision

The Presumption of Good Faith of the Rights in Rem Owner