The hasty or ruinous liquidation of assets by the debtor is a revealing fact of its insolvency. Thus, it is contemplated by the Consolidated Text of the Insolvency Law in its second article. Consequently, when a creditor requests a debtor’s insolvency proceedings, it may do so on the basis of this fact.

Are asset stripping and hasty or ruinous liquidation the same thing in the context of insolvency proceedings?

When creditors file for insolvency proceedings against one of their debtors, they must do so on the basis of established facts. These facts are known as facts revealing insolvency. One of these facts is the lifting of assets and the hasty or ruinous liquidation.  Although both concepts are united in the legal precept, they refer to different situations.

It is also noteworthy that the insolvency law does not refer to the crime of concealment of assets as defined in the criminal code.

What is asset stripping?

The concealment of assets consists of hiding assets  or rights of the debtor or even making them disappear . This concealment is done through legal transactions without cause and lacking publicity. In addition, in order for there to be concealment, there must be damage, either actual or potential, to the rights of a creditor. The purpose of this conduct is to keep such assets out of the reach of creditors for collection.

Rescission in the Bankruptcy Procedure. The Reintegration

The purpose of the rescission action is to prevent the debtor, in anticipation of insolvency, from safeguarding assets, hurting creditors.

What is a hasty or ruinous liquidation?

Liquidation refers to the sale of assets and rights to pay debts. However, what the insolvency law considers to be a fact revealing insolvency is not the liquidation itself. In order for the liquidation to reveal insolvency, a series of requirements must be met. In the first place, it must be a total liquidation of the debtor’s assets or of its most relevant assets. This was established, among others, by the Commercial Court No. 6 of Madrid, in its order 290/2014. In addition, one of the following requirements must be considered in addition to the previous one, that the liquidation is either hasty or ruinous. The hasty liquidation refers to that which is carried out with particular speed. Ruinous liquidation, on the other hand, refers to a sale resulting in serious losses to the debtor’s assets. The latter occurs, for example, when assets are sold at prices well below market prices. Likewise, order 290/2014 also mentions the existence of ruinous liquidation on another occasion. Ruinous liquidation will be appreciated when the conditions of the transfer of the assets are not stated.

What are the requirements for asset stripping?

The asset stripping, although generally associated with the criminal jurisdiction, has been discussed by the civil jurisdiction. Specifically, it has been analyzed by the commercial courts and the provincial courts in the area of insolvency.

Thus, the lower courts have developed the concept of asset stripping, especially in relation to bankruptcy qualification. Among others, it has been explained in judgment 185/2019 of the Mercantile Court No. 1 of Murcia. This is because art. 443 TRLC (Insolvency Act) contemplates it as a presumption “iuris et de iure” of guilt. Specifically, the lifting must meet the following requirements:

What is the difference with the fraudulent disposition of assets?

Although the debtor’s asset stripping leads to the guilty qualification, this is not the only presumption of guilt. The insolvency proceeding will also be declared guilty in the case of fraudulent disposition of assets. Both are concepts that a priori seem closely linked, but which have significant differences. These differences have been recently emphasized by judgment 2508/2020 of the Commercial Court No. 6 of Madrid. They are summarized below:

A) With respect to the business:

In the fraudulent exit of goods there is no concealment of goods. The displacement of assets is carried out by means of an external legal transaction known by third parties. On the other hand, the asset seizure is a fictitious asset displacement, without any cause that justifies it. While, in the fraudulent removal of assets, the legal transaction is not only known but licit and it justifies the displacement. Thus, fraudulent conveyance of goods includes actions such as the so-called due acts. Among these acts is the payment of due and payable debts.

B) Regarding its temporality:

The lifting implies a displacement of assets that can occur both before and after the declaration of the insolvency proceeding. On the contrary, the fraudulent removal of assets takes place before such declaration. This is how it was assessed by the judgment 185/2019 of the Mercantile Court No. 1 of Murcia. Specifically, the fraudulent exit of assets must have occurred in the two years prior to the declaration of the insolvency proceeding.

C) Regarding the fraudulent intent:

In the assets stripping the objective is to hinder the creditor’s collection by means of seizure of assets or rights of the debtor. However, a specific intention in the debtor’s will is not required. It is sufficient that the debtor knows of the possibility of harming the creditor in order for the uprising  to be appreciated. On the other hand, fraudulent disposition requires that the debtor knows that a prejudice is being caused. Thus, this distinction in the volitional element is fundamental. Because in one the debtor assumes the possibility and in the other the debtor knows that he is causing damage. Therefore, the difference between both presumptions is in the “scientia fraudis”. This Latin concept alludes to the knowledge of causing damage.  This difference was appreciated by STS 1409/2015 of April 10.  However, “animus nocendi” is not required, understood as the will of the debtor to cause damage to the creditor. It is required exclusively in the words of the high court “a simple consciousness of causing it”.

How to prove the assets stripping?

The disadvantage, then, is that the circumstantial evidence does not constitute full proof of the facts and may be disregarded.

The asset stripping in insolvency law does not have the same requirements as in criminal law. For example, the purpose of harming the creditor is not required. However, the volitional element is taken into account when differentiating it from the fraudulent disposition of assets. The latter requires that the debtor knows that his act causes damage to the creditor. Unfortunately, proving a creditor’s fraudulent conveyance is difficult due to the inability to obtain documentary evidence beyond indications.

Liability for aggravation of insolvency

Delay in the Bankruptcy Procedure´s Application

Types and stages of the sale of the Productive Units 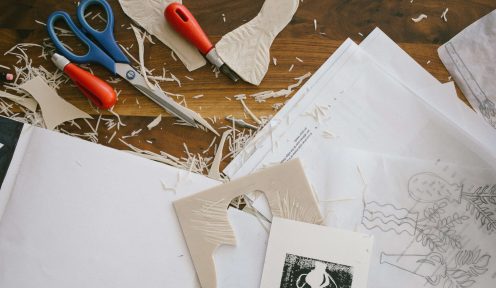 Claims for rescission of the debtor’s actions 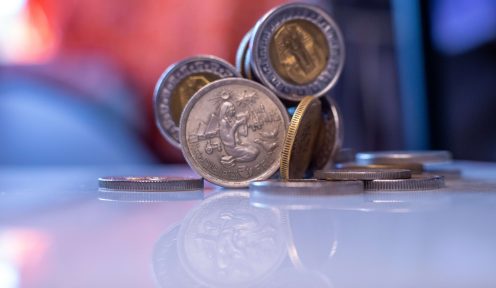 To whom correspond the legal costs for the assistance and representation of the insolvency administrator?